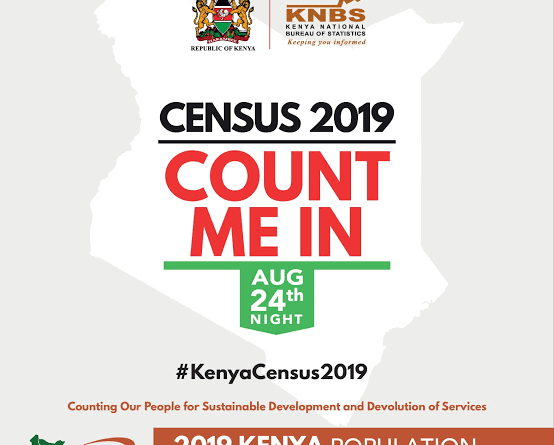 Kenya has more women than men according to the 2019 census results.

The 2019 census results released by Kenya National Bureau of Statics Director General Zachary Mwangi at State House also indicate that the Country’s population has increased from 37.7 Million in 2009 to 47.6 Million in 2019.

Mwangi said the enumeration was successfully conducted from 24th/25th to 31st August 2019 and a mop-up exercise carried out on 1st and 2nd of September 2019, to cover those not enumerated during the seven days. KNBS will undertake further analysis to produce 4 basic reports focussing on population by: Administrative units up to sub-location, Age and Sex by county, Political Units, Socio-economic characteristics; and thematic analytical reports.

“I am also grateful to the security personnel who ensured peace prevailed during the census exercise. You lived to your true calling by providing the necessary security, not only to the census officials, but also to all members of the public.” Uhuru Kenyatta.

The President said Kenya was the first Country in Africa to release census results two months after the exercise was conducted.

“I am happy to note that this is the first Census to be conducted under the 2010 Constitution and was by and large fully funded by my Government. This year’s Census was a first of its kind in Kenya, in that for the first time ever, we fully embraced the use of technology in the census processes.”

The online involvement editor manages this author. The articles posted are associated with the various writers and editors for the involvement Newspaper.